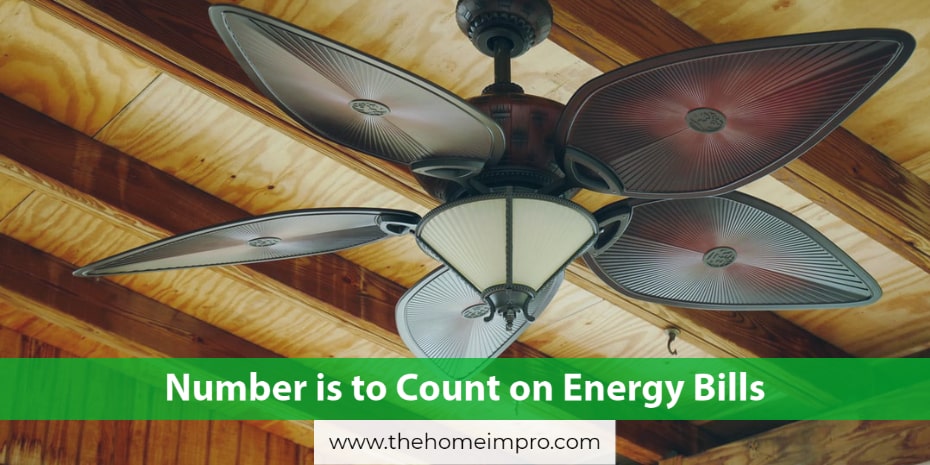 As ceiling fans depend on the ambient airflow of the room to circulate the air all around, the room needs proper ventilation to generate the air. Make sure that your room has at least one window through which air can enter the room easily. Otherwise, you won’t be able to feel the real chill of nature.

Ceiling fans don’t generate artificial airflow; rather they give you the actual air that is blowing from the outside. Owing to that condition, you have to focus on the size and number of the blades, and mainly the room in which you are going to install the ceiling fan.

Take care of nature, nature will take care of the air that we breathe. Click To Tweet

However, it is an engine for what it cannot help you unless you set it for the right area. So, bring the right-sized fan the suits your room properly.

First, we would like to look into the size of blades in proportion to the room size:

Does the Number of Blades on a Ceiling Fan Matter?

Let’s make a little comparison of the number of blades.

Blade count can vary from person to person according to their taste and aesthetic value. But here, it is true that if you buy a fewer blade fan, you will have to pay less energy bill for it. Again, if you choose 4 or 5 blade fans, then you will have to count a little higher in your monthly energy bill.

First comes three-blade fans. These are the first choice for many commercial and industrial spaces since they move faster than 4 or 5 blade fans. As we said earlier the fewer blades a fan has, the less energy bill you will have to pay for it, for this reason, many people prefer buying them.

Because the three-blade fans are lighter, they put little pressure on the motor. Thus, they can sustain a bit longer than other ones. But if you have an allergy to light noise, you would rather avoid three-blade ceiling fans.

The structural difference between these fans is what we find in their numbers. There are no other differences that will trigger your concern, whether you choose 4 or 5 blades depends on your flavor and choice.

They both move slower than three-blade fans; as a result, their air-generating system is also slower. But for keeping in mind that the more blades a fan has, the quieter it will be.

So, here one thing is clear. As you go from fewer to more blade ceiling fans, we will think that you need a gentle breeze, not the gusty wind.

Now, the comparison is over!

The sort of ceiling fan you are going to buy is completely up to your taste. Remember; slower vs faster; quieter vs noisier; high-bill consumer vs low-bill consumer.

Does Microwave Make My Food Unhealthy?