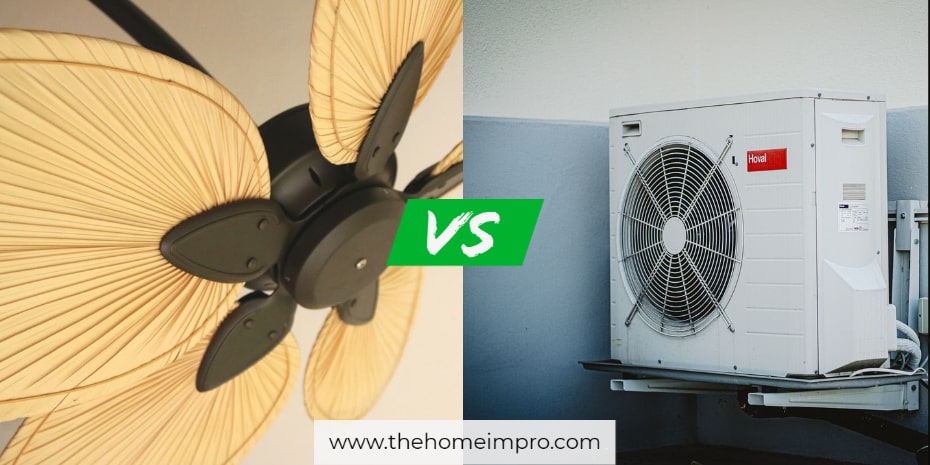 Throughout the civilizational advancement, people are more or less heading for tasting new traits. If you ask people, “Which cooling system they prefer: Air Conditioner or Ceiling Fan?” Unquestionably the preference will turn out for the first one.

Imagine when a ceiling fan rotates above you, you would feel like walking through a thick forest, and the natural breeze touches your skin. Eventually, you would find yourself super closer to nature.

Can Ceiling Fans Save Energy Bills?

Together with its natural effects, if we consider energy consumption, ceiling fans are far better than the air conditioners. They reduce a large amount of consumer energy bills.

So, instead of spending thousands of dollars on buying an air conditioner and paying a large sum of money for its maintenance, you will get a ceiling fan at a cheaper rate. You will also have to pay lower energy bills at the end of the month.

You can use ceiling fans all year round because the fan has a regulator by which you can set up the exact volume at your comfort no matter which season it is.

Like air conditioners or other remote-controlled devices, now you can also enjoy remote control facilities in the latest ceiling fans. So, you won’t have to go to the switchboard to operate the fan. Never worry about it; just control it lying on your bed.

As we said earlier, engineers brought about revolutionary changes in ceiling fan technology, they have introduced some features in the field ceiling fans.

The latest ceiling fans can move in both directions: clockwise and counterclockwise. So, you can easily use them in seasons: In summer, for cooling yourselves, and in winter, for warming purposes.

These are also environment friendly and help limit global warming, maintain indoor air quality and comfort. So, ceiling fans are not only user friendly in 2020, but it will also become most popular in the upcoming years.

Should You Run an Air Conditioner and a Ceiling Fan Together?

People who do have already kept air conditioners in their apartment, keep ceiling fans side by side. Say it is for aesthetic value or energy-consuming purposes.

So, we don’t need to turn A/C on all day long. After operating A/C for an hour or so, we can switch to Ceiling fans which will circulate the airflow for a couple of hours.

Do Ceiling Fans Have Any Health Benefits?

Of course, it has. People, who spend a lot of time in an air-conditioned room, cannot cope with the outdoor atmosphere; eventually, they become obese in the long run. Their immune system can’t work properly.

The patients who are suffering from migraine, sinus, asthma, and respiratory disorder are strictly recommended to avoid cold weather and air conditioners. As a result, ceiling fans will certainly be the best choice for them to remain hale and hearty.

Are Ceiling Fans Used in the U.S.?

Now, the US ministry encourages people to use ceiling fans because they are far cheaper than the air conditioner. They are also environment friendly. With commercial and industrial spaces, about 90-100 million American households have at least one ceiling fan.

So, if ceiling fans are suitable for your house, industry, office, then there is no way of thinking so much to take your decision. Check out a few of the best ceiling fans that may suit your need. Give your air conditioner some rest, as well as feel free about your energy bills. It won’t break your heart, rather it will take care of it.

How to Remove or Uninstall a Ceiling Fan?

How Many Blades on a Ceiling Fan Make the Best Airflow?